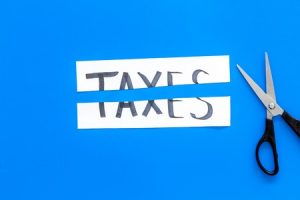 First introduced in early November 2017, the Tax Cuts and Jobs Act of 2017 was signed into law by President Trump in late December 2017. It called for a number of changes to be made to the Internal Revenue Code, including many that have impacted the hospitality industry.

It’s important for you to get a better understanding of these changes if your company was affected by it.

One of the biggest changes that was made to the Internal Revenue Code as far as travel and entertainment are concerned involves the expenses that are paid by companies looking to entertain clients and customers. For years now, the deductibility of meal expenses incurred while traveling has been set at 50 percent. But due to the changes that were made, you’ll only be allowed to deduct expenses for your own meals while traveling now, not meals and other perks granted to customers and clients. You’ll be responsible for footing those bills on your own rather than writing them off on your taxes.

According to Jonathan T. Howe, Esq., “Basic business-travel deductions, such as the 100% deductibility of airfare and hotel expenses remain the same, as long as the costs are not extravagant.”

The Tax Cuts and Jobs Act of 2017 provided companies with a huge tax break in 2018 by cutting taxes down from 35 percent to 21 percent. That will allow companies to generate larger profits and could very well encourage many of them to put new travel incentive programs into place in an effort to spread their newfound wealth among their top-producers and clients.

If you’re looking for additional resources, you could check out the Small Business and Self-Employed Tax Center, however always consult your CPA or Tax Consultant for an updated opinion and to be sure to protect yourself and your company.

HPM Associates is excited to see how the Tax Cuts and Jobs Act of 2017 will impact the incentive travel programs in place at many companies. If you would like to learn more about how they work, call us at 305-274-0030 for more information!

What Our Customers Are Saying

The team ranks the Puerto Vallarta trip as the best meeting we have ever had, thanks for making me look good.

As always, you did a great job and it’s so nice to have you there to head off any problems and handle all the last minute requests.

Simply amazing! I have been fortunate to attend four events run by Judy and Tiffany. They do an absolute amazing job of making sure the event goes off without a hitch. I would highly recommend them to plan or facilitate your next event.

Judy and Tiffany with HPM Associates, Inc. are absolute angels!!! Our Conference’s go off without a hitch each and every single year directly because these two amazing ladies are our backbone. We can’t thank and hug them enough when its time to part!!

I am your biggest fan – or at least one of them! I will NEVER do this seminar without you guys – the best A-team on the planet!

These people have handled our company’s annual conference for many years. I have attended for the past three years and they do a first class job. I highly recommend them.

Judy and Tiffany are awesome. They work tirelessly behind the scenes to ensure each event is flawlessly executed. They handle our annual conference and it runs so smoothly from start to finish. I strongly recommend them to handle any event you are planning.

HPM have run our Annual Conference for many years. Each year they provide exceptional service, we are treated 1st class, and can enjoy our conference without any concerns. Highly recommend them!

Judy and Tiffany run a class organization. Their attention to detail to make the events they manage an amazing experience are second to none. If you are looking for a company that will give you that experience of a lifetime for your event, look no further than HPM Associates, Inc.

Amazing company. Judy and Tiffany are incredible and our Annual Conference wouldn’t run nearly as well without them!

HPM Associates have been helping us execute our Annual Conference for over a decade. Judy and Tiffany work tirelessly to ensure our event goes off without a hitch. Their attention to detail is unbelievable and they both go above and beyond to ensure all our needs are met. I would recommend their services to anyone seeking assistance with high performance meetings or incentive travel.

Thank you for all you do for us!

This Company is unbelievable, Judy and Tiffany do amazing work in making sure our conference runs smoothly and it definitely wouldn’t be the same without them!

Their attention to detail and ability to simultaneously meet the demands of our large group is unsurpassed.

Amazing people! I highly recommend HPM Associates to any business organizing a conference. Year after year they exceed our expectations.

We couldn’t do what we do every year with our conference without the help of HPM. Judy and Tiffany ensure that things run smoothly for us so we can focus on making our conference the best it can be. Thank you!

If you want a worry free, first class experience they only choice is HPM Associates. Judy and Tiffany execute an absolutely flawless experience from planning your event, to executing every last detail. Our Conference’s are top notch and always because of these amazing ladies! There is a reason our company returns to them year after year.